Exactly four weeks has passed since we started with that world series rematch between the Pilots and the Yankees. A lot has happened since and we try to keep it all archived via the Twitter page, Facebook live streams, and and other photos and such. But, on here we like to go a little more into detail.

The Mets are currently in a drought with the bats. The pitching some of the best in terms of an overall team in the league. But the run support has been the tricky bit.

The Yankees are currently on a bit of a streak but have had some issues with scoring when they need to and pitching consistencies are at wavelengths of all types meaning its up and down. The other three teams in the league are all at .500 meaning that for the first time ever with everyone playing 10 games or more we’ve had 4 teams with a .500 record or better.

Now, the Pilots have not had a win from anyone besides Anthony Lavalley. He seems to be really dialed in this year especially with two no-hitters already. The hitting from them is really evened out except for the home run side of things but in terms of hits, runs scored and averages, they are all within a few points of each other. They also strike out at a lesser rate than all the other teams.

The Pirates, well, they’re the Pirates. It’s really difficult to give them a review but, Anthony Gadani is hurling like an ace again from what seems like an ’08 vintage look. He recently picked up his 1000th strikeout which he is only the fourth person in history to hit that mark. All while keeping his record at 3-3 and Jorge has already tied his total amount of wins for 2016 within a month of the season starting, this year. He is currently 4-2. Kyle Girgenti just keeps getting better at the plate. His average every year has gone up consistently and his power numbers are growing with three homers so far and a .418 AVG. Great low ball, and fastball hitter. Although the Pirates do strike out a lot more compared to other teams. The key to their longevity, and keeping this pace and record, is a third starter. It gives them depth, and a possible fourth player might help alleviate some pains. Now, Kyle has had the ERA drop, walk numbers drop, and other numbers become positive in pitching but, he needs more velocity and consistency. Basically trusting his stuff and knowing what it does, helps. It is only his second real season of pitching. He’s only made 3-4 sport starts in his first two seasons and then last year broke out with almost 15 starts. We shall see him develop as the season goes on.

The market may be opening up to them and considering that we’ve had 2-3 moves made for teams in the past couple of weeks and now some teams are getting to a five player limit or more, they’re eventually going to have to drop or trade guys to even out the teams or falling victim to a roster max out if indeed those extra, extra players play more consistently and frequently. Their services could be used elsewhere.

Meanwhile there is the sleeper team, the Rockies. This team has shown that they are determined to play this year. Currently 4-4 with a quadruple header coming up this weekend against the Yankees, they look to play their most games since joining the league in 2012. Best part is, it’s only one month in. They currently have the best in-season acquisition in Jimmy Cole. Shows up, throws a no-no, and hits two homers in two games for them and picks them up two wins in the process. The pitching besides Cole, mostly led by Dakota Jackson has been really good. Dakota throws a couple more pitches than he used to, more strikes, and adds more velocity. He’s currently 2-2 with a save, and a 3.10 ERA. Steve Bennett, the captain looks to make his 2017 debut on Saturday and will likely give them some extra depth for 3 months before heading back to school and leaving the reigns to Cole, Kota, and Jesse for the “dog days”. Jesse has become far better of a pitcher and features a pretty good arsenal of pitches and learning to get them down. If he gets everything situated, the Rockies could have a sweet three man rotation and Steve wouldn’t even have to pick up a ball.

The league looks good honestly, and we never thought that we would have so many games played in the first. Continuing at this pace or even slowing it down a bit will only guarantee that the low end of games played will be 40 and a high of 65. The banning of the aluminum bat has shrunk the home runs by 50%, the average runs per game has shrunk, and pitching is dominating right now. This has led to games becoming quicker and giving teams abilities to play extra games and keep everyone fresh. Everyone has to do that, it is a marathon and not a sprint to September. 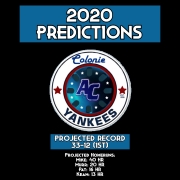 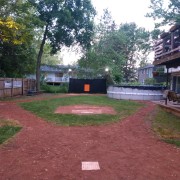 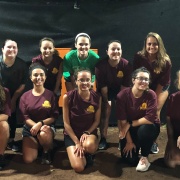 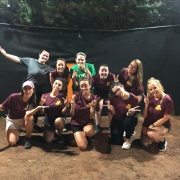 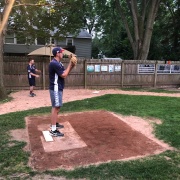 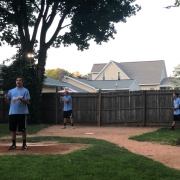 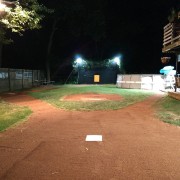